Productivity is always a priority, but the shift to remote work a year ago made it a burning issue. Businesses that had few -- or no -- remote workers were compelled to operate in an alien production context almost overnight, and it became a constant topic of conversation at Gallup's CHRO Roundtable, the biggest group of large-company CHROs in the world.

These CHROs oversee human capital in companies that average 80,000 employees and over $20 billion in revenue. They're facing questions that plague all leaders and managers: Can you trust people you can't see to be productive? Are hours a proxy for productivity? Are traditional key performance indicators (KPIs)?

Can productivity be measured at all?

These questions are just as urgent now as they were before the onset of COVID-19 -- and maybe more so, as unparalleled business opportunities crest the horizon. Leaders will find the CHRO Roundtable debate both provocative and instructive, but in the end, the biggest question is: What conditions promote productivity? And for that, Gallup has answers.

How do you measure remote worker productivity?

Most of Gallup's CHRO Roundtable members say they'll continue to permit remote work in some form (with hybrid strategies the most common) depending on role, function and division. That decision dovetails with Gallup research showing that a significant percentage of employees prefer flexibility even as it becomes safer to return to the office.

Productivity is always a priority, but the shift to remote work a year ago made it a burning issue.

CHROs doubt they can adequately gauge remote workers' future productivity by their behavior during a once-in-a-lifetime event like the pandemic, though it's the only comparison most organizations have.

In the absence of reliable predictive data, some companies expect to continue to index productivity based on workers' and managers' self-reports. The holes in this method should be obvious -- even the CHROs who use them are dubious -- as self-interest and subjectivity allow for all manner of inconsistencies and distortions.

Instead, or to supplement self-reporting, some CHROs are using software that tracks workers' behavior, such as hours on the company system or the number of keystrokes they make, among other things.

Many CHROs are concerned that such intrusive measures will prompt employee backlash or, because the software tracks activity, incentivize presenteeism over productivity.

Many managers equate "butts in seats" with productivity, which is problematic even in the best of times and more so with a remote workforce.

Then again, some CHROs note, traditional hardline productivity metrics may be no better. Unless they connect everyday behavior to value creation, which is a very complex equation, those measures basically associate activity with productivity. This kind of thinking encourages managers to become preoccupied with productivity as something they "see."

So, some CHROs are saying, if we're really equating activity with productivity, and judging productivity by visibility, what good are traditional metrics?

Indeed, why measure productivity at all?

Some of those CHROs say they've relinquished their obsession with measuring performance entirely. To them, the preoccupation with the productivity of remote workers comes down to a trust issue -- a matter of culture, not performance management.

Others aren't convinced, and their quest to measure productivity continues. It must, they believe, if only to resolve the question before it becomes a management problem.

Leaders will find the CHRO Roundtable debate both provocative and instructive, but in the end, the biggest question is: What conditions promote productivity? And for that, Gallup has answers.

The Manager Variable in Productivity

Productivity is, by definition, an issue of management even if it shouldn't or can't be measured by traditional means. Managers are responsible for creating the conditions that spur productivity -- or squash it.

Decades of Gallup research with hundreds of organizations and hundreds of thousands of employees shows that managers are far more influential than they often get credit for. In fact, 70% of the variation in a team's engagement -- which can predict its productivity -- is within managers' span of control. Another factor is wellbeing, which directly affects employee performance. Gallup has also found a positive relationship between wellbeing and engagement, and managers who support workers' holistic wellbeing can prevent burnout from sapping their teams.

A key part of supporting both engagement and wellbeing is upskilling managers, particularly in the vital transition from boss to coach. Most managers have never been trained for that, and too few do it well. Focused development may be necessary for managers regardless of worksite, but it's especially crucial for those who must coach performance and create accountability in a virtual environment or integrate dispersed teams.

The Most Important Topic

The basic metrics of productivity -- the ratio of output to input divided by costs -- still apply. But when the business environment is in flux, so is the meaning of output, input and costs. No wonder productivity is so difficult to measure. Or that the need to measure it is debated even among the world's top CHROs.

Managers are responsible for creating the conditions that spur productivity -- or squash it.

The debate may never end. Risks and opportunities develop swiftly, the tools of productivity keep evolving, and the workforce is changing. So perhaps the more important topic is not measuring productivity, but creating the conditions for employees to flourish.

There are many ways to do that, but one solution is equipping managers with the skills they need to engage employees. It may not answer every question in this complex debate, but it's a proven method for increasing productivity.

For now, that may be all leaders can be sure of. It may even be all they need. 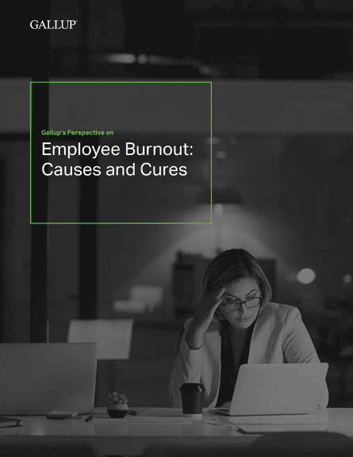 Perspective Paper
Download Employee Burnout: Causes and Cures
Learn the top causes of burnout and how to stop it at its source. 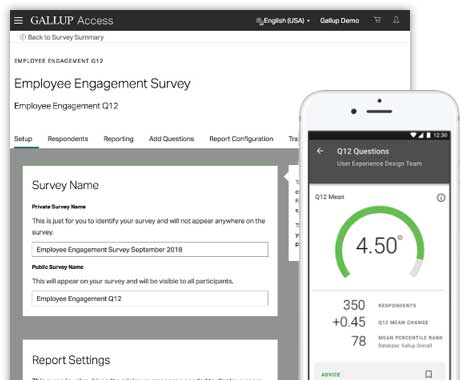 Q12 Survey on Gallup Access
Need to Improve Engagement? Ask These 12 Questions
You don't have to ask a lot of questions, just the right ones. Discover how engaged your workplace is with Gallup’s Q12 survey.

Whether working from home, the office or a hybrid of the two, your employees need different performance metrics -- this change starts with the manager.

What 150 Top CHROs Are Saying About Productivity After 2020

Learn what's top of mind for 150 of the world's leading CHROs in 2021, from employee performance and burnout to leadership compassion and trust.