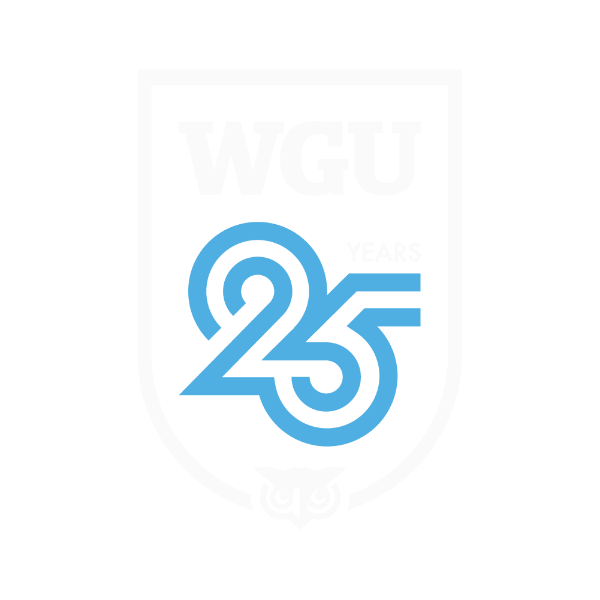 Western Governors University (WGU) launched in 1997 with the goal of changing lives for the better by making education more accessible and student-centered. Since its inception, WGU has addressed the educational needs of the university's non-traditional students by providing flexible and convenient access to higher education through the internet.

In conjunction with its 25th anniversary, this report assesses the impact of WGU on its graduates, as well as their local communities and economies.

Read this report to learn how WGU achieves outcomes at scale by focusing on each individual non-traditional student it serves. See how the benefits of these outcomes extend beyond individual alumni and generate billions of dollars for graduates' families and local economies. 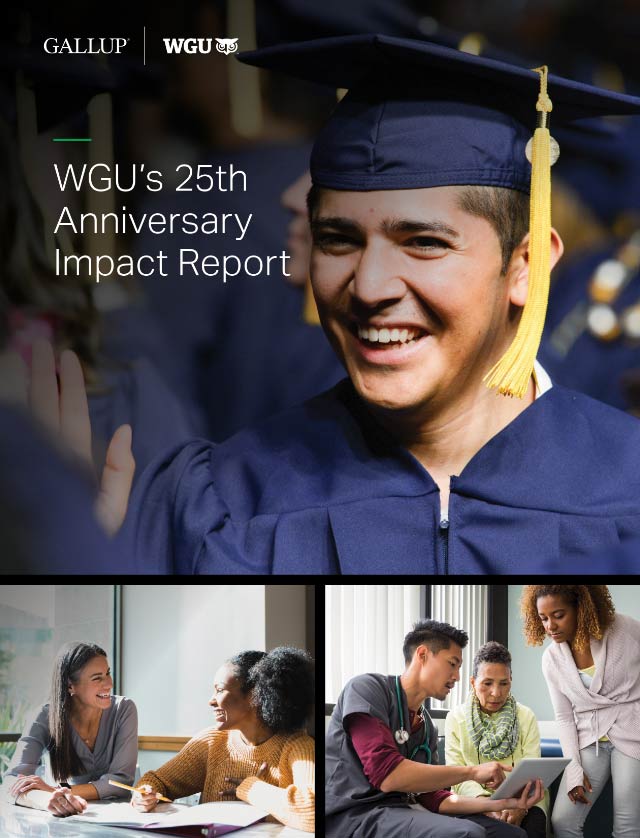 This report relies on several data sources to assess the impact Western Governors University has had over 25 years, all of which are necessary to account for the unique circumstances of WGU and its students, which are often unaccounted for by traditional higher education databases.

The WGU alumni database provides information on every WGU graduate who completed an award between 2015 and 2021, representing a total of 163,354 individuals (the data sources for students who predate this time period and the WGU alumni survey are described in the methods section of the report). For all respondents, these data include:

Income and other data were also collected for a subset (5%) of these alumni through a survey conducted between June 2020 and March 2022. Income is reported as a range for 7,767 alumni who were currently employed (either full-time or part-time) at the time of the survey. To estimate actual income, Gallup utilized the midpoint of the range and used median values for reporting and analysis to mitigate bias from categorical reporting.

To test whether income reporting is biased by income level, Gallup merged data from the 2015-2019 American Community Survey and 2019 ZIP code data from the Internal Revenue Service (IRS). Gallup then tested several variables to assess potential bias, including median household income, average income reported to IRS, median rent and median home values. These variables were correlated with whether the respondent reported income. We found approximately zero correlation between these variables and whether the respondent reported income. This was true for the entire sample and the subset of alumni who were surveyed. Reported income, however, is highly correlated with ZIP code levels of affluence, suggesting valid reporting. Thus, there is no evidence to suggest that higher-income alumni are more or less likely to report their income to WGU.