You've probably heard the statistic that 70% of change initiatives fail.

You may have heard other leaders lament resistance to new ideas and transformative change. Or that their initiatives fail to get traction from middle managers. Or that their existing culture hinders their strategy more than it helps.

Their concerns are valid -- but misplaced. Change initiatives often fail not midway through but at their very outset. An inaccurate, ambiguous or misdirected definition of the change is primarily to blame. As a result, the energy, time and resources leaders devote to developing a change initiative fail to translate into action throughout the organization.

A study published in Harvard Business Review demonstrates the dynamic: When researchers asked employees of 20 major, high-performing corporations -- all with clearly articulated public strategies -- to identify their employer's strategy from among six choices, just 29% answered correctly.

Gallup research may explain why:

Behind those statistics is a swamp of employee skepticism, anxiety and uncertainty. It's those reactions that prompt resistance to new ideas, lack of traction from middle managers and cultures that hobble strategic change.

There's a way to prevent that: Tell a better story -- a change narrative -- that communicates the what and why of change.

There's a Reason for the Change, So Communicate That Reason

Most organizations have a clear reason for change -- a burning platform that necessitates a change in thinking, strategy, ways of working that impact employees or a disruption brought about by market forces. While meticulously outlining every minute detail of the change being sought isn't possible (or necessary), a broad narrative that explains the proposed change is essential.

An effective change narrative creates a shared understanding of the past, an explanation for the change planned today and a projection for the future. It explains the what and why clearly and connects employees to the organization's larger mission and strategy.

Tell a better story -- a change narrative -- that communicates the what and why of change.

Take, for instance, Amazon's method. In a Gallup CHRO Conversation, Amazon's HR chief, Beth Galetti, said that Amazon uses six-page memos that comprehensively make the case for change. This approach to narrative communication pushes leaders beyond bullet points on PowerPoint slides toward a clear, concise map of change. Ultimately, it causes leaders to articulate change in a way everyone understands.

Such narratives are the result of coordinated activity that organizes diverse viewpoints, aligns competing views, and motivates employees, managers and leaders. They set up change from the outset -- connecting the what, the why and the will to make it happen.

What to Include in Your Change Narrative

Crafting a compelling story is the first step in creating a shared understanding of an organization's current state and the next steps toward a collective aspiration. During times of rapid change and uncertainty, that change story can become the beacon of light that cuts through confusion and leads people forward together.

Of course, change narratives don't have to relate an enterprise-wide change. They can be just as appropriate for smaller projects, but generally, effective narratives include the following four components.

A connection between purpose and vision: Change initiatives -- especially those with multimillion-dollar price tags -- should be thoroughly validated and strenuously tested. But the first test should be this: Does the change initiative truly fulfill the organization's purpose or significantly advance its vision? If the answer is no, communicating the necessity of the change will be difficult. It might be prudent to reevaluate the initiative or push it down the priority list.

A clear outline: Concrete steps don't just relate the activities involved; they enable people to visualize the future. That helps make the case for change, especially if the outline vividly describes:

The leader's interpretation: A leader's perspective is an important element of any narrative. Most roles have such a narrow context that sweeping change can feel unnecessary, maybe perilous. Setting the tone from the top is gaining more traction these days because it broadens employees' perspective. Leaders can shape that tone through a compelling rationale that creates greater trust in necessary changes.

The employees' voice: People more readily buy into change they help plan. Focus groups, open forums, sharing sessions and hackathons invite the collective wisdom of employees, which eases the friction of change initiatives and creates more fruitful outcomes. And including employees in creating the narrative may bring sub-narratives to light that get better results from the initiative.

Change Is a Group Effort

Change management isn't an action directed at employees. You change with them. And they change with you. The 70% of change initiatives that fail have an inaccurate, ambiguous or misdirected definition of change -- one done at people, not with them.

The change initiatives that succeed tell a story that includes everyone, inspires everyone and can be repeated by everyone in the organization. They're not organic, but they are accurate.

But beware: The effects of change narratives aren't limited to specific initiatives. As leaders and managers communicate a change narrative, they're actively building an evolving story about the company culture. It will become a foundational framework for understanding your history, your current reality, and the positive, energizing future that reinforces your organizational identity, behaviors and influence.

That's the hidden story of a change narrative -- it's the stories we tell ourselves that become organizational truths. 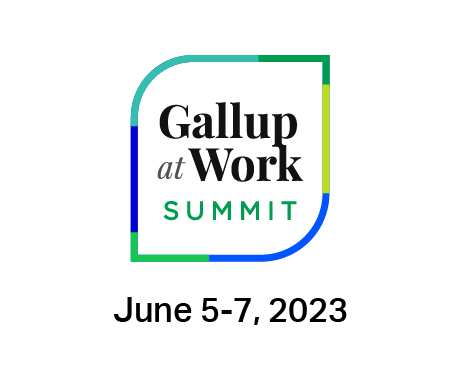 Virtual Event
2023 Gallup at Work Summit
Learn our insights and strategies on retaining, developing and coaching your employees to reach their full potential.

From onboarding to performance management (and even employee wellbeing), your employee experience strategy should drive performance.

Proven Change Management Principles: Getting Employees on Board

By pursuing change efforts with seven principles in mind, leaders increase the likelihood that their organizations will thrive.

Proven Change Management Principles: How to Effectively Initiate It

Harness the Power of Your Organizational Culture in 3 Steps

After a year of uncertainty in the workplace (and beyond), there's never been a better time to assess your culture and harness its power.