Have you ever heard somebody say one of these things?

I can't wait to downgrade my car!

I'm glad everyone will know I didn't succeed on that project.

I hope we get to the concert late so we don't get the best seats.

You probably haven't, because that's not how people think.

Instead, they strive for better status -- they seek to improve their standing in life. And, naturally, they want to be surrounded by leaders who can help them achieve the status they believe they deserve.

Unfortunately, appointing managers and leaders who understand this -- people who know how to set others up for success -- is a leadership approach that organizations often overlook.

First, let's start with how people usually end up in leadership and management positions.

The top two reasons thousands of people in a Gallup study gave for being promoted to manager were: 1) success in a prior nonmanagement role and 2) tenure.

That seems … fair. When taken at face value.

It's normal to think that people who are highly competent in a hard skill, who articulate their own contributions and who have been around the longest are the best choice to put in a management or leadership position.

It's hard to argue that those aren't good qualities, because they are.

But this way of promoting hasn't led to the era of the amazing manager.

One in two employees have left a job to get away from a bad manager, and just two in 10 employees strongly agree that their performance is managed in a way that motivates them to do outstanding work, according to Gallup's research.

So, what kind of leader won't send your star employees running for the door? Who can best motivate your teams and keep your people working together productively?

The Leadership Style That Is More Motivating

The reason you never hear people say the quotes at the beginning of this article is because people don't seek to move their status down in life (and they definitely wouldn't brag about it).

Even if someone, say, downsizes their house on their own volition, most likely it's to earn a new status (minimalist, recycler, Dave Ramsey follower) that they think is more prominent.

What this means: Your employees will naturally gravitate to someone who improves their status. A manager who knows how to set them up for success -- whatever that might mean to the employee.

Managers play a huge role in your employees' daily experience and engagement level. So, doesn't it make sense to give your people the kind of leader who will lift them up, day in and day out? To give them a coach, not a boss -- one who is hired for their innate leadership qualities and not promoted solely based on time served?

This isn't a new concept, but for some reason it's still not common practice.

Your employees will naturally gravitate to someone who improves their status.

Clearly, some companies haven't moved past traditional management and promotion practices. And some leaders just aren't sure how to really develop their people, other than a promotion or big pay raise -- and their companies don't encourage it.

You Can't Give Everyone a Promotion, So How Do You Bring People Up in Status?

Bringing someone up in status would be impossible if a promotion or big raise was the only way to do it. Not every one of your employees can become the top dog or even be promoted anytime soon, but they still want the opportunity to grow.

And they're likely to leave if they don't get it -- the No. 1 reason people change jobs today is "career growth opportunities."

Luckily, not everyone needs a promotion to feel elevated in status or to bring a renewed passion to their job every day.

Not every one of your employees can become the top dog or even be promoted anytime soon, but they still want the opportunity to grow.

One way that managers can improve people's status is to help them discover and become known for what they're good at. Employees are twice as likely to be engaged at work if they have a manager who focuses on their strengths or positive characteristics.

Managers can build relationships based on trust when their companies equip and encourage them to prioritize strengths-based development and employee engagement. They can give more meaningful recognition, create work goals built on each team member's unique capabilities, and help their employees learn and grow -- instead of leave.

Your company needs all of its employees working at full steam to stay productive and to reduce turnover, not just the ones who land a promotion.

How to Up Your Leadership Game and Create Loyal Followers Today

Instead of expecting managers to rely on company policies and handbooks to figure out how to get by (scaring off half your workforce in the meantime), what if they were encouraged to get to know their employees and come up with creative ideas for empowering, developing and engaging them?

If you're a company leader, you can start by empowering managers to develop employees based on their strengths -- and by taking a hard look at who you're hiring and promoting.

Do you want someone who is exceptionally good at a hard skill or someone who knows how to position others to play to their strengths and ultimately improve workplace performance?

If you're a manager (or want to become one), you can start by creating opportunities for meaningful growth for your team members, and by recognizing people authentically based on their strengths and giving them the freedom to do what they do best every day.

You'll bring them up in status.

Hire and promote managers with the right talent for the role, and develop leaders at all levels:

Jessica Buono is a writer and content strategist at Gallup. 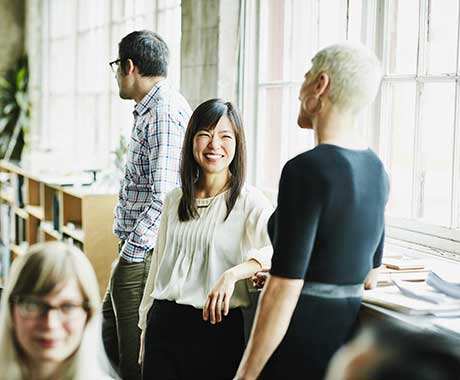 The Top 10 Workplace Leadership Articles of 2018

You clicked and we counted. Read our best workplace leadership articles of 2018. 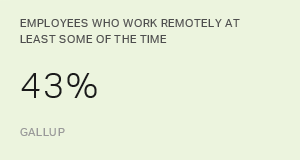 Do You Offer as Much Flexibility as You Say You Do?

Learn how to align your flexibility policies and culture so employees clearly understand what's expected of them.