And love is in Southwest's DNA.

You don't often hear the word "love" in corporate boardrooms, says Gary Kelly, Southwest's CEO, but love is built into Southwest: The airline's NYSE ticker is LUV, its home airport is Dallas Love Field, the iconic heart logo is emblazoned on every Southwest plane.

Joining Southwest at a very young age, Kelly got a front-row seat to founder Herb Kelleher's quirky leadership style: wearing an Elvis costume to work, joining the baggage handlers over the busy Thanksgiving travel stretch, and arm wrestling another company's executive to win a legal tussle. While his approach to leading made Kelleher famous, carefully building his business on a people-first, collaborative culture made him beloved.

Within three years, Kelly was made Southwest's chief financial officer. Then, in 2004, Kelly took over as CEO when James Parker stepped down. In 2008 Kelleher passed his title as chairman to Kelly, making him chairman and CEO.

The greatest of all time is not hyperbole. Southwest was always profitable under Kelleher and enjoyed an unprecedented streak of 47 consecutive years of profitability through 2019 -- a record unmatched in the commercial aviation industry. Under Kelly's leadership, Southwest has grown further, becoming the nation's largest airline in terms of originating domestic passengers and a mainstay on Fortune magazine's list of the world's most admired companies, ranking 14th in 2021.

These achievements are a reflection of passengers' and employees' love of Southwest, which comes from putting people first, Kelly says. "It's about inspiring people, serving people, caring for people and caring about people," he says. Still, many companies have a people-first strategy without being as beloved as Southwest. The difference is how Southwest brings that strategy to life and certain principles Southwest champions that every leader can learn from.

Kelly often cites the old saying that adversity doesn't create character; it reveals it. But tabletop simulations and war room exercises aren't enough to create the adaptability and intuition leaders need, so Southwest deliberately exposes leaders to challenges that build resilience and help them maintain composure and humility in adverse times. As a result, leaders are prepared to inspire others with authenticity and their service orientation when things go wrong.

Southwest employees call that capacity the "warrior spirit," and Kelly says it's critical to success in the airline industry. Take, for example, Southwest's response when the Federal Aviation Administration grounded the Boeing 737 Max in 2019. Southwest's fleet lost 30 planes, so leaders, managers and employees had to quickly recalibrate for a different model, revise flight schedules, provide rolling updates, and move with speed and agility to ensure customer satisfaction and safety. When the FAA cleared the 737 Max, Southwest had to do it all again, plus expand training for flight personnel.

The pandemic put the warrior spirit to its ultimate test. The global aviation industry lost $371 billion in 2020, and Southwest was no exception. "We were losing cash every day," Kelly says, "but we kept the company focused on the future. And on not reducing the workforce so much that we would lose traction when the economy bounces back." As a result, Southwest Airlines was the first larger U.S. airline to show a profit since the pandemic started, as federal payroll aid helped increase the airline's net income to $116 million at the beginning of 2021.

Listening has been a cultural trait at Southwest since the beginning. "Herb used to deal with customer complaints about things like whether there was enough toilet paper stock on a flight," Kelly says. Interestingly, Kelleher did not believe that "the customer is always right," and when the customer is wrong, Southwest must defend employees and their actions. That taught Kelly that listening is a quality that keeps leaders in touch, grounded in reality and humble. "The higher you go, the more you must rely on other people, and if you're smart, you will listen to them," he says.

"It's about inspiring people, serving people, caring for people and caring about people," says Gary Kelly.

There's an element of strategy in listening to understand. Kelly says that listening discloses opportunities and potential for innovation. Indeed, many of Southwest Airlines' best strategies come from the front lines, such as the "Bags Fly Free" campaign, a masterstroke in purpose-based brand marketing. "Innovative ideas come from the front line, and I want our leaders to be imaginative and bold and not just incremental," Kelly says. "For that, they have to listen to people intently and purposefully."

Coach and Support Your Leaders

Southwest empowers its leaders to try new things, experiment, learn new skills and become experts. "Putting a pencil to every single choice that you're going to have to make, every step that you take, every day that you live," Kelly says, "is a preparation for the next step." Internal learning and development programs provide a foundation and a community of peers that grow together and learn from each other. Knowing the organization will support them reinforces the belief that leaders can achieve anything and grow in any direction they choose.

Kelly is living proof. He was working in finance until the day Kelleher called him in and made him the CFO. Kelly had no idea how long he had to transition to the role, but Kelleher's and Kelly's peers offered the guidance and support Kelly needed to succeed quickly. "Herb was a savant when it comes to leadership and an excellent mentor," Kelly says. The same thing happened when Kelly took the helm as CEO. Again, mentors and sponsors helped him on the journey, including President Emeritus Colleen Barrett, President Emeritus of University of Texas Dr. William Cunningham, and Kelly's family.

"Innovative ideas come from the front line, and I want our leaders to be imaginative and bold and not just incremental," Kelly says. "For that, they have to listen to people intently and purposefully."

Though Southwest's leaders are responsible for leadership development and opportunities, the airline doesn't leave them alone in their growth. Support is part of every leader's empowerment. "There is no question that you have to have a foundation, a knowledge base, some means to be able to make judgments," Kelly says, but that's only part of the leadership development process. The rest comes from Southwest's commitment to helping every leader shine in the role.

That principle is behind Southwest's partnership with Gallup. Using Gallup's CliftonStrengths approach, Kelly, his senior management committee and many of Southwest's employees have discovered what makes each of them unique and how they can best use their strengths. The airline is looking at continuing the practice more broadly -- including tying strengths to core values, competencies and key experiences -- to help leaders continue to learn and develop.

These Principles of LUV

These cultural values of love have shaped Southwest and Kelly. They were visible to him when he first started. They're part of his leadership now as Southwest's CEO. They're lessons Kelly will take with him when he leaves his CEO seat and becomes executive chairman in 2022.

Kelly thinks it's the right time. And he thinks he has the perfect leader to follow him: Robert "Bob" Jordan, a Southwest veteran with an incredible leadership journey of his own. Since joining the airline in 1988, Jordan has served in leadership roles across various functions, dealt with substantial adversity and led numerous significant change initiatives, including the acquisition of AirTran Airways and the development of the new southwest.com e-commerce platform. And like Kelly, Jordan knows what it's like to work with your heart on your sleeve. All Southwest employees do. The principles shape them.

Which brings us to the one lesson Kelly emphasizes: to stop and reflect on one's journey. "I've always worked hard and enjoyed my work, but I was in a rush," he says. That's why Kelly counsels leaders to pause, reflect and re-energize. "There has to be a grander purpose that you're pursuing," he says, "and there has to be a good balance there."

And because love is behind every principle from the boardroom to the baggage rack, Southwest has earned what few other companies have -- and it's not 47 consecutive years of profitability. It's the love of generations of customers and the grander purpose of Southwest's leaders.

Create a culture of caring through leadership: 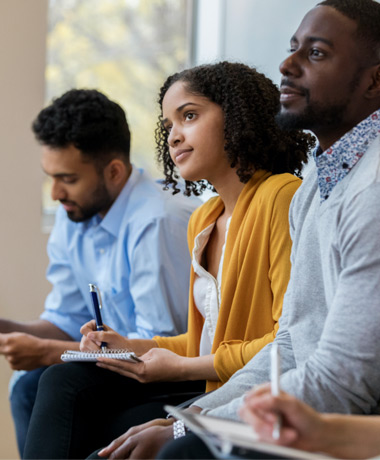 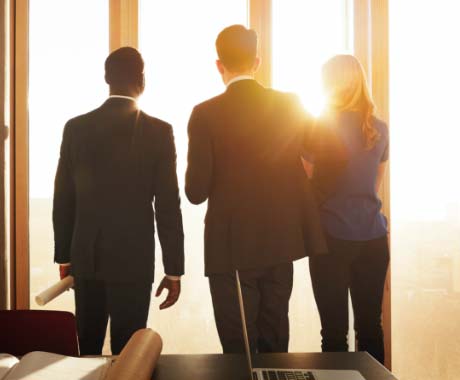 Consulting
Develop Leaders and Managers at All Levels
Prepare leaders and managers to confidently meet the needs of today’s changing workforce and inspire greatness in their teams.

A Strengths-Based Culture Takes Off at Southwest

Learn how Southwest Airlines is building a strengths-based culture and what that looks like during the challenges of a worldwide pandemic.

Learn how Southwest has become the world's first strengths-based airline.

Learn how to identify and optimize the key experiences your leaders need to successfully influence organizational outcomes.