skip to main content
CliftonStrengths
Every Leader Needs a Coach: The Ben Carter (aka The Hammer) Story

People call Ben Carter "The Hammer." With a nickname like that, you'd think Carter might be a professional wrestler or maybe a bounty hunter.

Ben Carter is a CPA who has devoted most of his career to not-for-profit and faith-based hospitals, senior living, home-based care and professional medical services. Today, he's the COO and executive vice president of Trinity Health, a 123,000-employee healthcare system headquartered in Livonia, Michigan, with a mission to "serve as a compassionate and transforming healing presence."

But Carter says Trinity Health, "a ministry that also runs a business," is as perfect for him as he is for it.

"We provide care to communities that have been underserved over time," he says, "and an organization that actually lives its mission and delivers on its ministry fulfills an important part of me."

The Hammer, clearly, is more than his nickname suggests.

Trinity Health's CEO, Michael Slubowski, knew it when the chance arose to move Carter from his CFO role to the COO seat. That was in January 2020, about a month before the pandemic hit America -- a disaster that would aim its hardest punch at patients like Trinity Health's.

But Slubowski also knew that Carter came by his nickname honestly. So, when Slubowski offered Carter the role of COO, there was a string attached: To get the job, Carter would have to accept executive coaching.

Carter wasn't averse to it. He'd had executive coaching before and thought more would do him some good, though he joked that he was "like Allen Iverson: uncoachable." But he didn't think it would change him.

"And that's not a bad thing at all," says Dr. Brian Brim, a Gallup senior subject matter expert, coauthor of Strengths Based Selling and Ben Carter's executive coach. "Those are real strengths, depending on how you use them -- it's just that Ben wasn't using them as effectively as he could."

Dr. Brim knows that because he had in-depth, 360-degree conversations with other executives at Trinity, including CEO Slubowski and many of the hospital CEOs who report to Carter. Those discussions showed Dr. Brim where Carter was getting in his own way. "Ben is a deeply faith-based, mission-driven person, but it wasn't coming across," Dr. Brim says. "He's super high in Command, Self-Assurance and Competition, and that can seem pushy if you let it. I mean, the guy flies airplanes to relax."

Command, Self-Assurance and Competition are three of 34 possible CliftonStrengths -- innate themes of thought, feeling and behavior. Carter's themes describe a drive to control situations and make decisions (Command), take risks and feel confident about them (Self-Assurance), and seek out contests and comparisons (Competition). When your life's work is providing healthcare for 30 million people in 22 states, those qualities are far more useful than wishy-washy diffidence.

"Ben is a deeply faith-based, mission-driven person, but it wasn't coming across. He's super high in Command, Self-Assurance and Competition, and that can seem pushy if you let it. I mean, the guy flies airplanes to relax."

And lest we forget, Allen Iverson was hard to coach -- but no one ever wanted to get between him and his goal.

The Power of Strengths (and How to Use Them)

Carter began by taking the CliftonStrengths assessment so that he and Dr. Brim would understand Carter's natural talents and what inherently drives him. Meanwhile, Dr. Brim studied the qualities of leadership success at Trinity Health. One of the most important is the capacity for mission discernment -- a way leaders, often those of faith-based organizations, make decisions.

"We use it to determine the impacts on every affected party of a decision, including our patients, colleagues and communities," Carter says. "It's a very thoughtful, broad consideration that keeps us true to our mission of providing care to the poor and vulnerable. It takes a special kind of leader to work in an organization that does that."

So, you'd think that Dr. Brim would start coaching by helping Carter swap his blunt, direct, not-so-empathetic strengths for others -- fix Carter's "weaknesses" -- to enable him to fulfill Trinity Health's mission better. But Dr. Brim didn't.

Carter began by taking the CliftonStrengths assessment so that he and Dr. Brim would understand Carter's natural talents and what inherently drives him.

For one thing, weaknesses can't be fixed. At best, they can be ratcheted up to mediocrity. For another, you get better returns on investing in strengths than you do from moderating weaknesses -- but talents can be misapplied. "My 'aha!' moment came from learning how to use strengths effectively versus destructively," Carter says. "Your strengths are your strengths -- you've got to own them, but if you misapply the talents that make up your strengths, those talents can become weaknesses if they're not used in a constructive way."

A Partner, Not a Hammer

So that's where Dr. Brim started: coaching Carter to understand and apply the immense power of his strengths constructively. It wasn't always comfortable. "To be successful, you have to be vulnerable and very clear about the areas you want to focus on," Carter says. "It gets uncomfortable, quite honestly, but self-discovery really does level you up as an executive leader. And your direct reports too. All boats rise absolutely."

Self-discovery helped Carter see how easily his themes could swamp his direct reports' boats. In fact, Dr. Brim and Carter examined how Carter's strengths influence his people and Trinity Health's mission. They discussed Gallup's research on the four needs of followers -- trust, stability, compassion and hope -- and how to communicate them. And they looked at how a different application of Carter's powerful strengths could get different results.

"I started to realize the most effective way for me to make [direct reports] successful is to deeply understand their strengths and advocate for them," Carter says. "That started ongoing connection and communication, which always comes back to 'how do you feel and how can I best be of support to you.'"

Carter finds that the best way to support his people is through conversation, not direction. So, he talks with his CEOs about their obstacles and successes and their own strengths and weaknesses. In fact, Carter asked Dr. Brim to review some of his emails to see how they could better communicate the trust, stability, compassion and hope followers need. Dr. Brim suggested that Carter open up about his own life -- his hopes, concerns and family events -- so that his people could see him as a human, not just as The Hammer.

The style change didn't happen overnight, of course, and Carter says stress causes him to "backslide." But over time, Carter's new approach has enriched his relationships with his CEOs -- one of them says he's following Carter's playbook with his own team -- and galvanized their resilience through the pandemic.

So even when Carter does backslide, his direct reports understand that his strengths are driving his mission-discernment decisions a little hard that day. But just that day. Give him a little time to reflect -- which Carter takes every week using a technique Dr. Brim suggested called "Friday Highlight Reel Review" -- and he'll recalibrate his strengths.

"Ben was absolutely willing to look in the mirror from the very beginning. That willingness makes all the difference in the world," Dr. Brim says, "and it comes from truly wanting to make a difference to the people you lead."

Building a Structure and Strengthening a Ministry

These days, as the "uncoachable" Carter completes his coaching journey, you might assume that the process -- which required vulnerability, openness and accepting a very different approach to leadership -- changed him.

It didn't. He still has all the strengths (and weaknesses) he was born with.

And that ministry is stronger because of Ben Carter's strengths, applied more constructively than ever before.

Empower your leaders to be effective and develop their strengths:

Brian Brim contributed to this article. 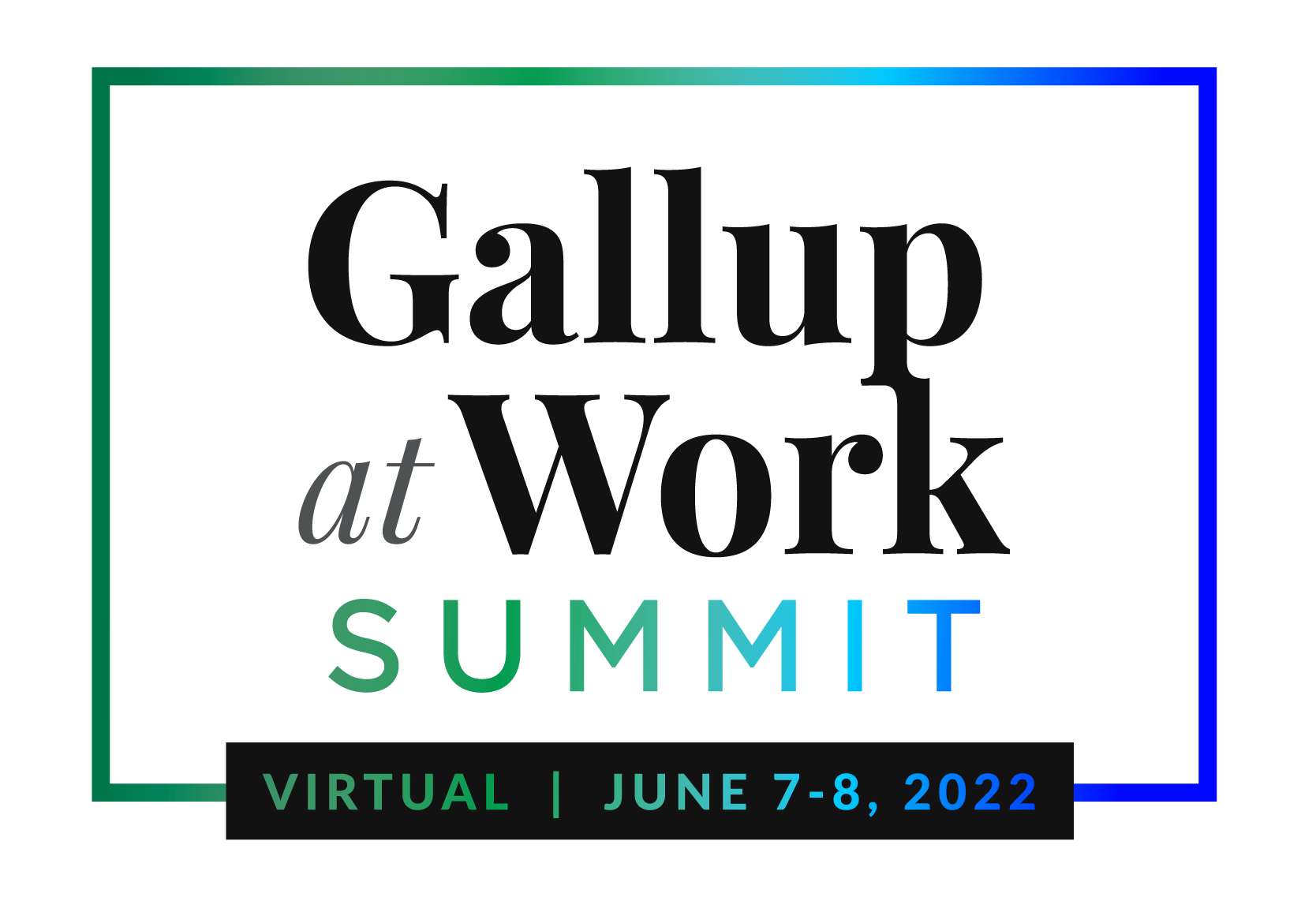 Virtual Event
2022 Gallup at Work Summit
Deepen your knowledge and application of CliftonStrengths at this year’s two-day virtual event.

Leaders of high-performing teams and organizations will adopt three practices in 2021.

Human Development Turns a Profit, Even in Difficult Times

There's no perfect time to introduce strengths to an organization, but there is a most strategic time -- and that time is now.

The Future's Top Workplaces Will Rely on Manager Development

Traditional management practices are unreliable and not advisable. Look to the future of management: human development.

Measuring Productivity Is Less Important Than Managing It

Some of the world's top CHROs question the value of measuring employee productivity. Here's why.