A version of this article previously appeared on ragan.com.

Organizations that use independent workers have to get serious about trust.

However, "alternative" doesn't mean separate. These gig workers, if leaders have the confidence to employ alternative workers, are joining established teams with established cultures. They're not, however, always trusted members of the teams they join.

Because independent contractors don't have the same incentives that employees do -- to sustain real relationships, help the company succeed in the long term, and develop in the job -- their motives are different. Employees may reasonably doubt a freelancer's intentions, especially if they're concerned about losing their job to one.

Gig workers don't always have the luxury of time to get to know teammates over repeated projects or serendipitous watercooler meetings.

Gig workers may have an equal measure of distrust in their coworkers. Independent workers need assistance and advice, which full-time employees might not think -- or want -- to offer. Contingent workers might assume the poor performance of disengaged workers is typical of all workers, which will influence a freelancer's opinion of the whole team. Also, differences in pay rarely foster trust.

Nonetheless, trusting teams are productive teams (up to 50% more so), no matter the work arrangements. Execs expect to hire increasing numbers of alternative workers, so it's wise to develop cultures now that foster trust between them and full-time workers. Here's how.

Use talent data for insights.

Gallup's data finds that 21% higher profitability comes from selecting the top 20% of candidates based on a scientific assessment, and temporary talent is as important to the work as full-time talent. Furthermore, contingent workers' talent profiles can be used to help full-time workers know what to expect, an essential underpinning of trust.

Gig workers don't always have the luxury of time to get to know teammates over repeated projects or serendipitous watercooler meetings. Data insights into the gig worker's talent are a shortcut for a manager to accelerate assimilation, teamwork and credibility for the gig worker.

To achieve success, people have to know what success looks like and what's expected of them. Teams with temporary employees need to know exactly what each worker is meant to contribute to the project, so they can hold each other accountable to shared definitions of quality and collective success.

Trust rises from fulfilled expectations. Expectations are constantly shifting, especially in matrixed teams where gig workers are often placed. Calibrating expectations among team members, managers and matrixed peers must be an ongoing priority to accelerate trust. When only half of all workers know what's expected of them at work, though, adding alternative workers to the mix makes it all the more important to get right.

Orient gig workers and their peers to the larger purpose.

Employment is not a selfless act; if it were, no one would want a paycheck. Still, we all want to see results from our work, to contribute to something that lasts. Managers need to make the purpose of even short-term jobs clear: What are we here for? What is the goal? How will this affect customers? What will we be proud of? What will we be famous for? Pointing a team toward a shared objective that is larger than themselves can create congruence more quickly.

People need to talk to each other if they are to trust each other. Give full-time and gig workers opportunities to communicate in formal meetings and casual conversation. Exchanges of information enhance productivity, and personal rapport helps people understand what they can expect of each other. Furthermore, managers should be aware of what people are talking about and how: Are people hoarding information or volunteering it? Are team members getting to know each other as people or do they see each other as their functions? Is the tone of communication hostile, muted, warm or enthusiastic?

Be realistic about differences.

Gig workers can rattle a team, and managers should be sensitive to that. Questions loom. Will this freelancer make us look bad? Is the leadership team replacing full-time employees?

Approach it wrong, with unrealistic expectations about overcoming these fears, and managers can stoke distrust in a team, despite their best intentions.

Gig workers can rattle a team, and managers should be sensitive to that.

Inducting gig workers as "part of the family" to create instant relationships and soothe fretful workers could backfire and undermine the manager's credibility. Real relationships take time, and "family members" don't disappear when projects conclude. Managers who want people to pretend to feel what they don't can seem oblivious at best, dishonest at worst.

It may seem pessimistic, but fully incorporating short-term workers into long-term team cultures may not be productive, nor even possible without more time than the gig worker has and the project has. Full-time and contingent workers just have different experiences, development needs and expectations of the job. That's OK, as long as the manager and team are realistic about these differences and the expectations are clearly established among all team members.

Though full cultural integration may prove too idyllic at times to be credible, independent gig workers are just as engageable as full-time workers -- maybe more so, as one Gallup study found (37% vs. 27%) -- and thus have performance potential you don't want to miss out on.

Their needs are different, though. Recognizing those differences and managing accordingly, managers can be purposeful about building the trust that aligns gig workers and full-time employees and encourages them to collaborate and create successful results. 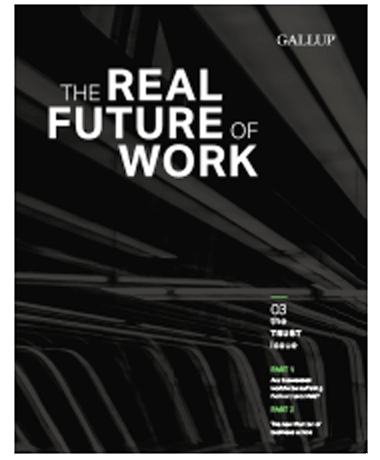 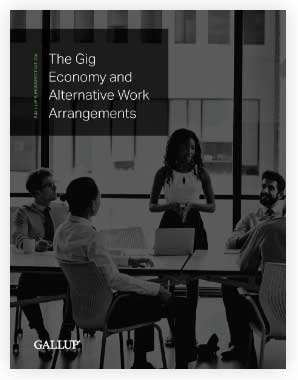 Perspective Paper
Download Your Guide to the Gig Economy Today
Read “The Gig Economy and Alternative Work Arrangements” to learn how your organization can make the most of the gig economy.

7 Ways Your Organization Can Capitalize on the Gig Economy

Learn how leaders in your organization can create value in the gig economy through strategic planning and meeting the needs of all workers. 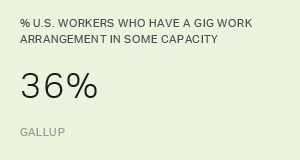 What Workplace Leaders Can Learn From the Real Gig Economy

Learn how traditional employers and established companies can overcome unique challenges and seize opportunities posed by the gig economy.

Mastering Matrix Management in the Age of Agility

An agile matrix requires clear expectations, a sense of purpose -- and as little red tape as possible. 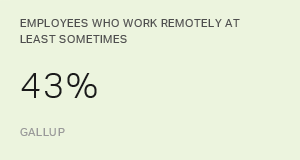