What leaders focus on can change their organization's trajectory. This difficult time of a public health crisis, social equity issues, the economic downturn and the mass talent exodus has tested leaders in ways they have never known.

The leaders at Nationwide -- the insurance, investing and retirement services giant -- arrived at this test with an advantage: They already knew what to focus on. "We intentionally put people first," says Nationwide's Executive Vice President and Chief Administrative Officer, Gale King. "That's been our focus since we started in 1926. People have always been our North Star."

That focus has made Nationwide a 26,000-associate organization with roughly $270 billion in assets. "Most people go into business to make money," said Nationwide Vice President, Edward Wagner, in 1981. "We went into business to serve people and ended up making more money than the guys who were out to make it in the first place."

Nationwide's focus and success reflect the numerous studies that show when you invest in people, the organization wins. But paying attention doesn't pay dividends: Leaders' focus must be on what matters to employees, customers, partners and community members -- and taking action. "It's about how you care about your people," says CEO Kirt Walker. "When something needs to be addressed, we're going to be honest about it, and you'll see action from us. It isn't just words. It's deeds."

"We went into business to serve people and ended up making more money than the guys who were out to make it in the first place."

To zero in on what it needs to address, Nationwide uses the Gallup Q12 employee engagement assessment. It uncovers employees' wants and needs and helps King, Walker and all Nationwide's leaders know which actions matter most to their people.

This isn't a new approach. In 2008, in the teeth of the worst economy since the Great Depression, former Nationwide CEO Steve Rasmussen initiated the first Gallup Q12 assessment. Nationwide calls it the "associate engagement survey" -- the company refers to employees as associates (and managers as "people leaders") to communicate its respect for people. The first Q12 found Nationwide at the 37th percentile of Gallup's workplace database.

That's not bad: It was a little over the national average at the time. But mediocre engagement indicates poorly motivated employees and lost financial opportunity, compared with highly engaged companies that have 23% higher profitability, 10% greater customer loyalty and 18% less turnover (in high-turnover organizations), among other business results.

So Nationwide's leaders and associates dug into the data and enacted plans to improve the associate experience. Leaders told associates what they'd learned and their strategies for employee engagement such as investing in their managers' development, "learn at lunches" about engagement concepts, best practice sharing, manager panels and individual coaching sessions. "Associates were amazed at how much time and effort we put into it," Walker says. "But to a leader, feedback is a gift, and communication is even more important when things aren't going well."

Results were immediate. Engagement rose over 10 basis points the first year, and it showed leaders where to focus on people and learning. Nationwide didn't stop with that, though. It continued to invest in engagement by providing managers education and learning. That approach kept engagement climbing year after year (and through five of the costliest events of all time to the industry). By 2019, Nationwide's engagement level had achieved two times that of the overall working population. That categorizes Nationwide as a world-class organization, earning the company eight Gallup Exceptional Workplace Awards.

Then, just before Nationwide's 2020 Q12 survey, the pandemic hit, and the question about pausing the survey was asked. Then came the wildfires and hurricanes. Then soaring unemployment and concerns about social equity and inclusion. All over the globe, leaders had to refocus their priorities, budgets and strategies in painful C-suite conversations -- conversations that some leaders will never forget.

Walker is no exception. "I remember that conversation well," he says. "It took about 15 seconds to decide that we'd go ahead with the Q12."

Making the path as they go

King says the decision was easy -- indeed, all decisions are easy "if you do the right thing and focus on your North Star" -- because the Q12 would reveal what associates and the business needed to weather the storm. "It was probably one of the best decisions we've made because our people saw it as one," King says. "It affirmed that they matter and that we were paying attention to their needs. We felt strongly that our associates more than ever needed to hear from us, and we needed to hear from them."

Leaders increased their communication by 500%, encouraged managers to celebrate associates' successes and provided emotional care and practical assistance such as offering 20 days of pandemic time off and waiving associates' deductibles and out-of-pocket costs for in-network care related to COVID-19. "We told managers to recognize that you're doing the right thing for people; we'll build the path as we go," Walker says, "and we'll give each other some grace."

By 2019, Nationwide's engagement level had achieved two times that of the overall working population.

Still, Walker and King didn't have high hopes for the 2021 Q12 results. Economic and health trends have an immediate impact on insurance and financial-service companies -- and Americans' wellbeing was in a freefall. Nationwiders' engagement would be affected just like everyone else's.

"But we were more concerned about our people who relied on a paycheck -- who relied on Nationwide," King says. "So we focused on things that assured our associates that we had their backs, that we were listening to them and that we would do everything in our power to reduce their fears."

Nationwide associates completed their Q12 survey between March and April 2021, and in May, Gallup prepared to present the results and analysis. Nationwide leaders braced for impact. "I told leaders don't get wrapped around the axle on the 2021 results," Walker said. "We're an insurance company; we're a financial services company. We participate in trends, so don't overreact."

"We never lost focus on people."

But Nationwide was in for a surprise: On every Q12 item, Nationwide's engagement is higher than it was pre-pandemic. It now has 24 engaged associates for every disengaged one, exceeding the already lofty Gallup Exceptional Workplace criteria. The company also maintained its position in the top quartile of Gallup's database. In fact, the organization is still one of the most highly engaged companies Gallup has ever studied.

King says it's simply the effect of focusing on people.

And Nationwide's people proved they felt this focus: They rated the elements of engagement related to recognition, feeling cared for and having opportunities to grow so high that those elements are at or above the 98th percentile in Gallup's workplace database. And in the inclusion and innovation indexes Gallup custom built for Nationwide, majorities strongly agreed that their managers created a trusting environment and are open to associates' ideas, among other qualities.

Even as the world fell apart, teams dispersed and the future got increasingly uncertain, Nationwide associates were almost unanimously certain that their leaders were focused on them. "That's why it's so important that you have a strong culture with strong systems and processes to ensure that the company is a safe place," King says. "Challenges occur when our associates are feeling uncertain, so we need to do everything we can to eliminate or reduce that uncertainty."

But even as they were learning about their outstanding engagement results, Nationwiders got some upsetting news: After nearly four decades in leadership, Gale King announced she would retire.

Try as they might, Nationwide's leaders find it challenging to highlight King and her extraordinary tenure. She evades spotlights. "I just hope people would say that I worked hard; was a champion for people; was courageous about things that mattered; that I held Nationwide to its values; and most importantly, contributed to a culture where every associate feels proud to be a Nationwider," is about all she'll say about her 37 transformative years.

But what King achieved is both obvious and lasting.

Many of the "strong systems and processes" that keep Nationwide safe can be traced back to programs King initiated, including the Q12. Her strategic thought leadership, says Walker, is behind much of the transformational future-of-work initiatives that keep Nationwide ahead of its competitors and prepared Nationwiders for the troubles of 2020.

And King's advocacy for fairness and equity has made Nationwide's culture extraordinarily inclusive: Nationwide has achieved 100% on the Human Rights Campaign Corporate Equality Index for 17 years, has been a member of the LATINA Style Top 50 Places for Latinas to Work eight years running, received the Silver Torch Award from the National Black MBA Association, and is one of Fortune's 50 Best Workplaces for Diversity, among many other awards.

Even as the world fell apart, teams dispersed and the future got increasingly uncertain, Nationwide associates were almost unanimously certain that their leaders were focused on them.

"When I think of Gale," Walker says, "I think of fairness, of caring for people and of integrity, and her legacy is going to be that she's the best example we have of living our No. 1 value: people."

Leaders at Nationwide have always held that value because people have always been Nationwide's focus. Rasmussen, Walker, King and others have expanded the scope, allowing for a clearer focus and more effective action, but the focus has never changed. The focus on people has driven Nationwide's actions, lifted engagement nearly as high as it can go and left a powerful imprint on its culture.

And this focus has left an indelible mark on leaders. "Without a doubt, 2020 was the hardest time I've ever been through," Walker says, "but also the most fulfilling. It really is all about what you value and where your focus is."

Create a workplace people rave about:

Denise McLain is a Subject Matter Expert and Senior Consultant at Gallup. 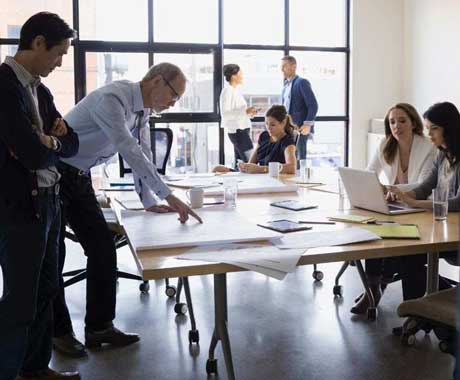 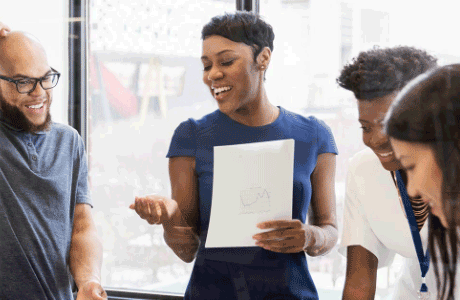 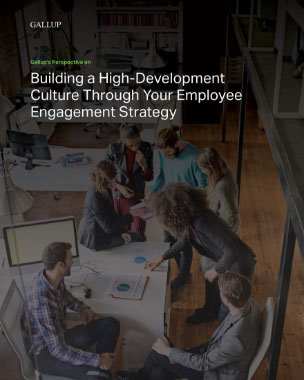 How to Improve Employee Engagement in the Workplace

Learn how to improve employee engagement. Discover the true drivers of engagement, the best survey questions and team activity ideas.

The Powerful Relationship Between Employee Engagement and Team Performance

Download highlights from the world's largest study of employee engagement and performance.

Gallup data find five variables giving the millennial generation a boost during COVID-19 that can help leaders keep them engaged after the crisis.

A CEO's Guide to Preparing for the Next Crisis

Learn five tactics based on Gallup analytics that can prepare executive teams for an uncertain future.