Gallup recognizes the most engaged workplaces in the world with the Gallup Exceptional Workplace Award. Each winning organization nominates an extraordinary manager to be considered for the Manager of the Year award. Gallup's panel of workplace experts and talent analysts named one winner out of 10 finalists in 2022.

Congratulations to the 2022 Manager of the Year: Chandrasekhar Jayaraman from ACT!

"I'm not someone who will travel the same road again and again," Chandrasekhar Jayaraman recounted his work experience before joining ACT. After graduating with an MBA in 2011, he worked in sales for about six years before shifting to work at a series of startups, many of which took off. Following his work with startups, Chandrasekhar was looking for something different -- a new challenge.

Enter Atria Convergence Technologies Limited (ACT), one of the largest wired internet service providers in India. Though Chandrasekhar had no prior experience working in the telecom industry, nor in any service industry for that matter, the organization's values resonated deeply with him.

ACT Way: How we conduct our business defines our value system at ACT. We are against the policy of "business at any cost" and believe firmly in our value system; these values become our guiding principles in our day-to-day work. We will not compromise on these values even under extreme pressure.

"I came to take a shine to them and my decision to join [ACT] was based mainly on the values they espoused. Looking back, that was a decision very well-made," he said, smiling.

In July 2018, Chandrasekhar joined ACT as Head of Service Delivery for Bangalore, a location with nearly 1,000 people. His role, as he describes it, is to ensure customers have access to fast and uninterrupted internet service 24/7. This work requires most of his team members to be in the field, interacting with customers day in and day out -- even amid the pandemic, a time when people were relying heavily on home internet service to work and stay connected with loved ones.

Their proximity to customers means these team members directly affect customer satisfaction and perceptions of the organization. When he stepped into this role, service delivery parameters were at a low (including team performance and morale) and attrition was high -- Chandrasekhar had found his challenge.

Chandrasekhar joined ACT when his department was in the middle of conducting performance reviews. Though he had just assumed the role and did not know his team or their responsibilities well, he made it a point to be involved in the review process for all 850 employees. Participating in these appraisals helped him understand his team's performance better and identify issues that were consistently hindering their performance.

He discovered that many members in the field were unable to get access in a timely manner to resources or other departments that they needed. This impeded their ability to deliver service to the customers and left workers feeling frustrated. Frustrated workers lead to frustrated customers, so he took care to focus on reducing the bottlenecks his team faced by increasing communication with back channels.

Using ACT's values of building trust through transparency and fostering a culture of teamwork as a guide, Chandrasekhar developed a strategy to establish, reinforce and further develop the connection between the organization's purpose and individual and team actions.

The complexity of working in Service Delivery is especially challenging for new employees, as it requires them to interact with other departments to problem-solve for customers, often in real-time. Newer employees tend to struggle to understand how the departments interact and to develop personal connections with other teams.

After identifying this need for cross-functional awareness and collaboration more broadly, and specifically among new employees, Chandrasekhar became intentional about interacting with each new team member who joins Service Delivery. He goes so far as to coach them personally, ensuring they understand the nuances of their role and gain the confidence they need to excel.

"I spend a lot of time with all my team members," he said. "There's no substitute for that when it comes to developing and coaching someone else." He notes that when he spends time with his team members, he's sure to talk about work but also about things outside of work -- what they want from their careers, where they hope to go and their natural talents.

Using ACT's values of building trust through transparency and fostering a culture of teamwork as a guide, Chandrasekhar developed a strategy to establish, reinforce and further develop the connection between the organization's purpose and individual and team actions.

"Knowing these things helps you see the whole picture and make recommendations for people's path," he said. Chandrasekhar's efforts to build a personal rapport with each new team member help them feel included, engaged and motivated to contribute. Such confidence directly affects ACT's customers -- and the ongoing development of all his team members -- positively.

Chandrasekhar is known among his teams for his collaborative leadership style and for always finding time for his team members. Beyond being intentional about interacting with each new team member, Chandrasekhar also makes it a point to join all insights planning sessions after Q12 results are in. In these sessions, teams review their data, discuss the current state versus a year ago and ask for feedback from team members.

The key is that team leaders gather that feedback and work to address it. About a month later, the group meets again for a status update. Chandrasekhar credits this consistent follow-through with solidifying the trust employees have in ACT and giving them confidence that ACT leadership will act on the feedback they share. "Trust is only built when it comes directly from leadership," he explained. "Delegation is good, but this isn't the time to use it."

Chandrasekhar's willingness to "walk the talk" and show up for his team is evident throughout his career at ACT. From making time to get to know team members on an individual level to better coach and offer development opportunities to personally attending Q12 feedback sessions, he understands the importance of showing up for his teams and does exactly that.

During the pandemic, for example, though Chandrasekhar was capable of performing his job functions remotely, he knew his teams had to be in the field interacting with customers every day, so he came into the office regularly throughout the pandemic, as did other members of senior management at ACT.

"We place a lot of expectations on them. Whatever the expectations are that you place on your team, it's incumbent on you to make sure you display those same expectations rather than just talking about them."

"If you treat your employees and team members the way you want to treat your customers, the battle is won." What sets Chandrasekhar and ACT apart from other organizations is that they don't just espouse these values; they actually use them in decision-making and consistently deliver on them -- even when it affects the bottom line.

Values Made It Possible

The challenges of the pandemic provided ample opportunity to "strive for continuous innovation" and "be a socially and environmentally responsible company." Chandrasekhar's team in Bangalore already had experience handling heightened customer demand -- several years of severe monsoon seasons provided that. The pandemic, though, made the internet a necessity for all. At a time with strict government regulations, ACT was extremely short on personnel, and customer demand was at a high.

He addressed the challenge -- how to meet customer demand without compromising the quality of service delivered through limited resources -- head on and developed a plan for effective personnel management.

He collaborated with all sub-functions and created a system to pool additional resources from other teams in times of crisis. As part of this, Chandrasekhar worked with HR to track employees who were working overtime without getting a week off during times of high demand and built a governance process that permitted employees to work around the clock for eight days, followed by a mandatory week off during crisis situations. This mandatory time off helped stave off burnout and increased team morale.

"Whatever the expectations are that you place on your team, it's incumbent on you to make sure you display those same expectations rather than just talking about them."

Indeed, during the pandemic, Chandrasekhar used ACT's values to make necessary decisions that helped his people get through the crisis safely and with the resources they needed. From helping people with hospital bills to finding open beds and medical professionals without letting insurance coverage or employee level affect the offerings, ACT put its resources directly behind its values.

Chandrasekhar said that while it was a very difficult time, once it passed, almost all the team members came back strong and feeling positively about the efforts their organization made to ensure they were cared for during the crisis.

"The gratitude that you see afterward from employees is heartwarming, and there's no words to really express it," he said. "Two years into the pandemic was living proof of how well we've executed the philosophy in reality."

And that dedication to executing ACT values has served Chandrasekhar and his team well. In the three years he has handled Bangalore business operations, the company has seen tremendous growth. The subscriber count has grown over 30% -- incredible growth in the competitive telecom sector. And though his team size increased from 850 to 1,000 people in that same time, he was able to bring the attrition rate down from 40% to 20%.

Chandrasekhar has done incredible things with his large team in three short years -- and amid challenging circumstances -- but his focus remains on ACT's values and his people.

"All these accomplishments over the past few years? These values are what have made them possible." 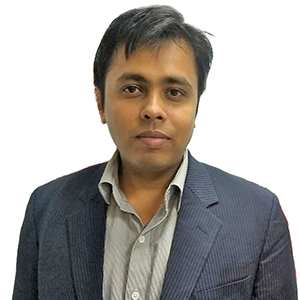 The Gallup Exceptional Workplace Awards: 2021 Manager of the Year

Julio Lopez of The Palace Group -- named 2021 Manager of the Year by Gallup -- uses development to turn work from a chore to a learning opportunity.

Gallup celebrates 41 winning organizations that maintained highly engaged workplace cultures while adapting to the challenges of 2021.

How to Engage Frontline Managers

One large organization partnered with Gallup to develop an elegant, effective solution to slumping engagement for frontline managers.