This article is the second in a series about rethinking competency behaviors, feedback and programs.

Reading their 360 report can ruin a manager's day.

What was intended to be a process for sharing input, offering encouragement, and giving feedback focused on development and growth, the 360 competency report is now too often a list of subjective verdicts from colleagues who may or may not comprehend the job well enough to offer managers meaningful advice.

It's frustrating. Frustration is not the goal. The goal is learning and development, which leads to better performance.

But assume your managers want to improve -- and you should assume that, most people do -- and will take their 360-competency report to heart. They'll grit their teeth until the frustration passes, identify the advice with real value, connect it to their work, and prepare to invest time and energy in a well-designed plan with metrics, coaching, and measurable development outcomes.

And that may be when they discover the report was the least of their frustrations.

Gallup researchers find that many competency programs pay far too little attention to growth, learning, and development, and focus far too much on competency lists and rating scales.

Which means the important part of the 360 -- what should happen after the manager reads it, what should improve performance -- gets shorted.

To a manager who wants to make good use of 360 feedback, that may be the most frustrating thing of all.

Making sense of reports shouldn't be so defeating.

Ideally, a competency report should be simple, development-oriented, unbiased, and the basis of ongoing growth, development and career conversations. It should be founded on the behaviors verifiably linked to performance outcomes.

And that should be where the report begins, not ends. All those words and numbers need to connect to individual improvement. Many companies assign coaches to review reports with managers to help shape their reactions and sharpen their focus, helping managers see where they need to grow. Coaches help managers move past their first-blush reactions -- which may be, ahem, less than positive -- and toward a plan for performance they can really achieve.

Gallup researchers find that many competency programs pay far too little attention to growth, learning, and development, and focus far too much on competency lists and rating scales.

Establishing a coaching program may be beyond the reach of some companies, but every competency program should include on-demand opportunities that allow employees to act on feedback and start learning right away.

These development programs, usually digital and self-guided, describe each competency in depth, explaining why it's important to the individual and the organization. The best programs connect the employee with the organization's other developmental resources for ongoing learning.

In all cases, development should connect feedback from peers and colleagues with the manager's job role by way of the manager's unique strengths.

That step isn't nice to have. It's necessary to have: research finds that employees who receive strengths-based development show 8% to 18% increased performance, 7% to 23% higher employee engagement, 20% to 73% lower attrition, and 2% to 10% higher customer metrics.

And a Gallup study that included 49,495 business units with 1.2 million employees across 22 organizations in seven industries and 45 countries, found that workgroups that received a broad strengths intervention improved, compared to control groups, by:

With a million ways to define success, why acknowledge just one?

Those results come from people who are developing their strengths to achieve performance outcomes -- not fuming over negative feedback.

For example, a common competency is the ability to form strong relationships and partnerships at work. Fair enough. That's an important skill. But some managers just don't enjoy meeting new people constantly.

In all cases, development should connect feedback from peers and colleagues to the manager's job role by way of the manager's unique strengths.

So when your managers find a list of somewhat-insulting ratings in their inbox, you can expect they'll swallow their annoyance, isolate the feedback that can aid their performance, and resolve to improve on what they can. But if those ratings are all they're going to learn, you can be sure they're going to be frustrated.

That isn't going to improve your managers' day or performance. And this approach won't help leaders recognize when new behaviors, skills, or attitudes are needed, or help leaders take responsibility for developing them.

A better way is a better 360, one that lays the groundwork for development with highly relevant and timely measurement. A 360 report that illuminates other people's expectations and helps managers understand how they affect others. That's what a competency report should do -- and leaders should demand nothing less.

Ready to move beyond the traditional competency report and learn more about manager development? 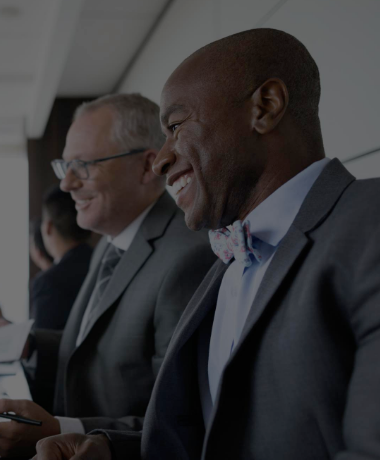 Competencies that "check the box" are limiting at best -- leaders need performance expectations built around behaviors that drive outcomes.